As part of their 2018 rebrand, Iceland Naturally commissioned karlssonwilker to design a promotional campaign for their touring event series in the United States.

With direction from Sandra Shizuka and help from Connor Muething, I created a system of ads which highlighted the various offerings of Iceland Naturally's event series, known as "Taste of Iceland" 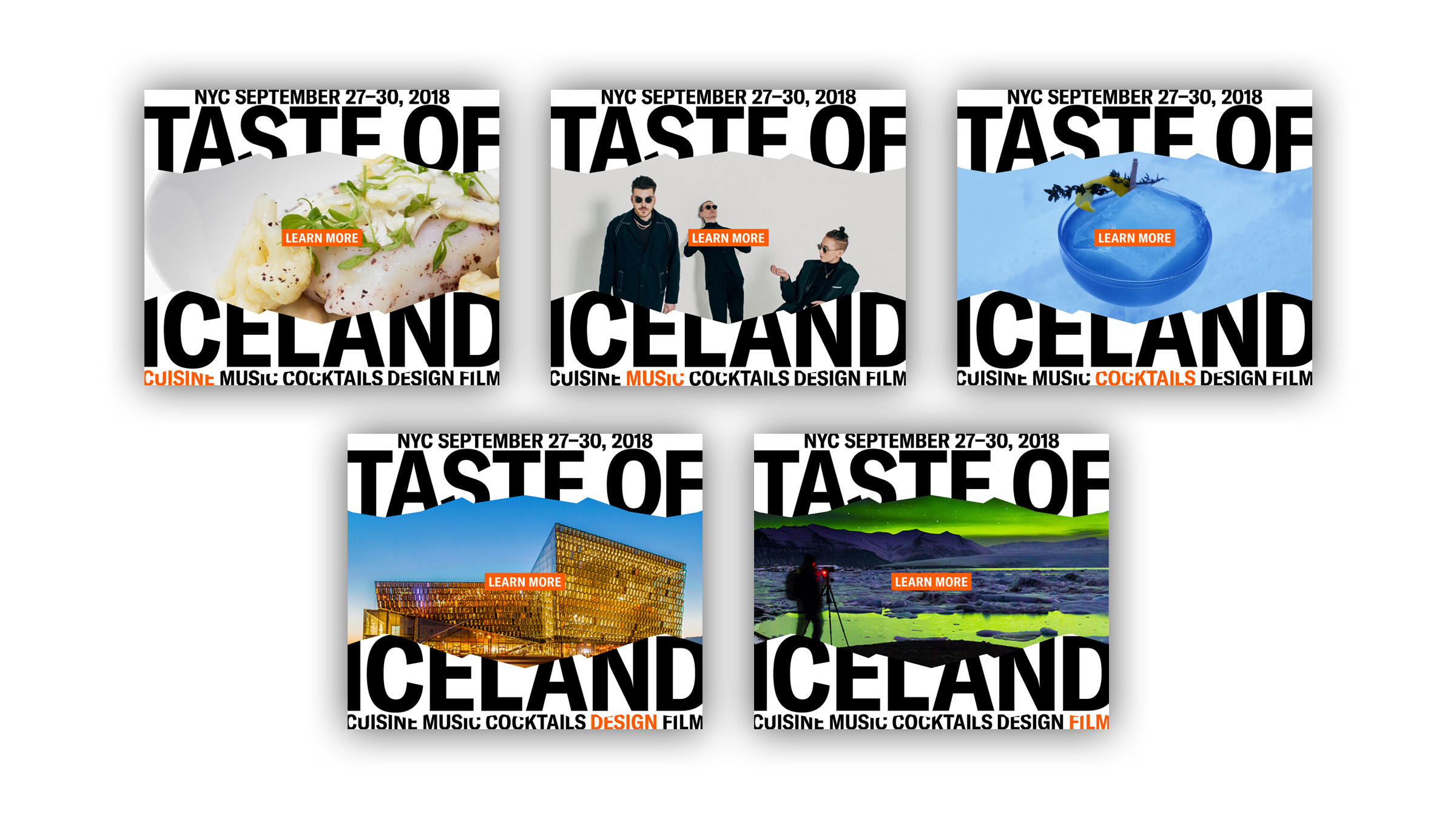 Iceland Naturally's team developed a comprehensive plan for ad placement, and we responded by developing a system that could adjust to any context, physical or digital. 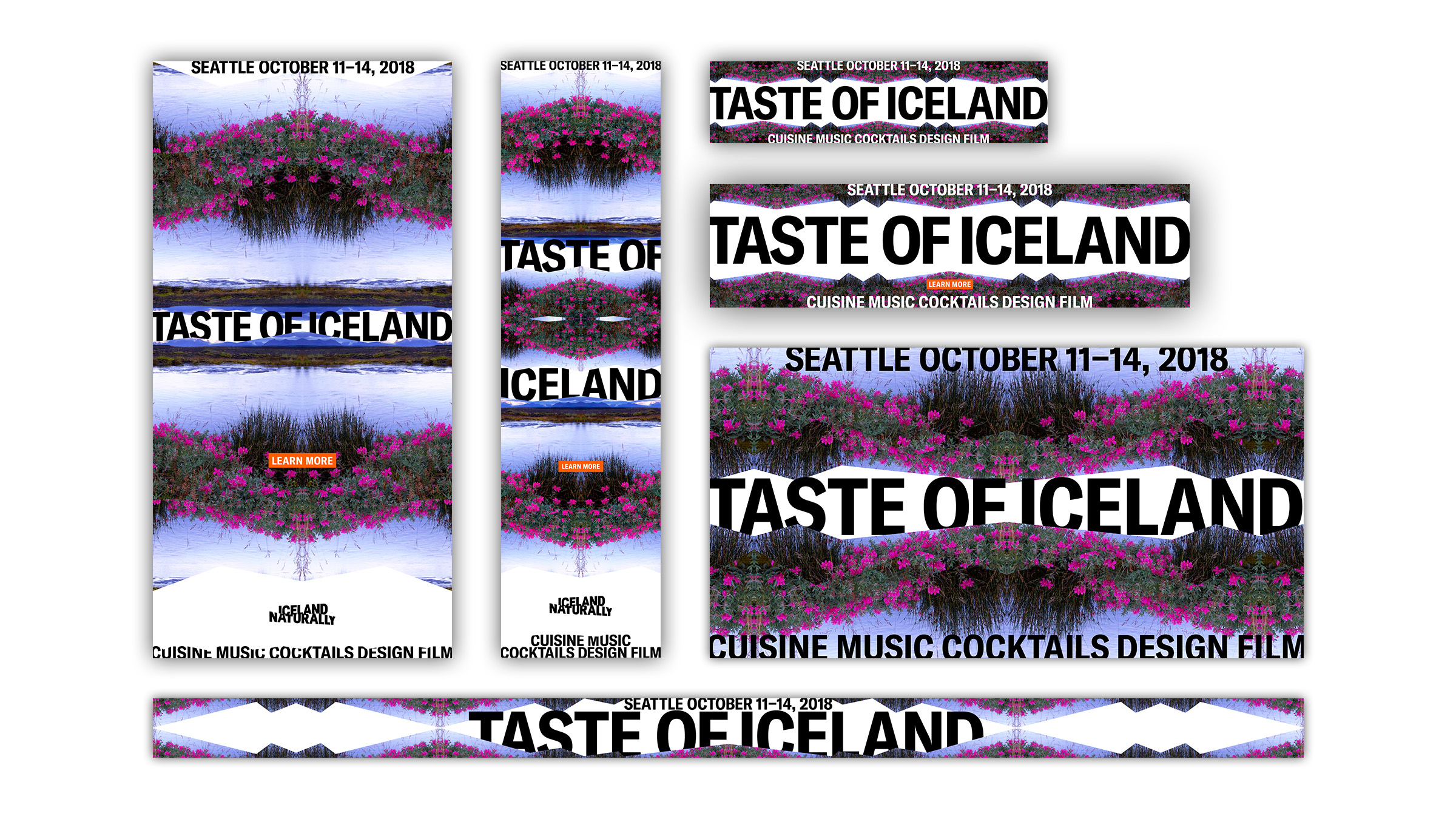