We iterated through the option with the least finish, chasing for an unexpected result.

After numerous iterations, we narrowed down further, slowly forging relationships between the faces of the slip and the CD itself. I began thinking of the relationship between each view of the package as a narrative, and what every element might add to its tone. 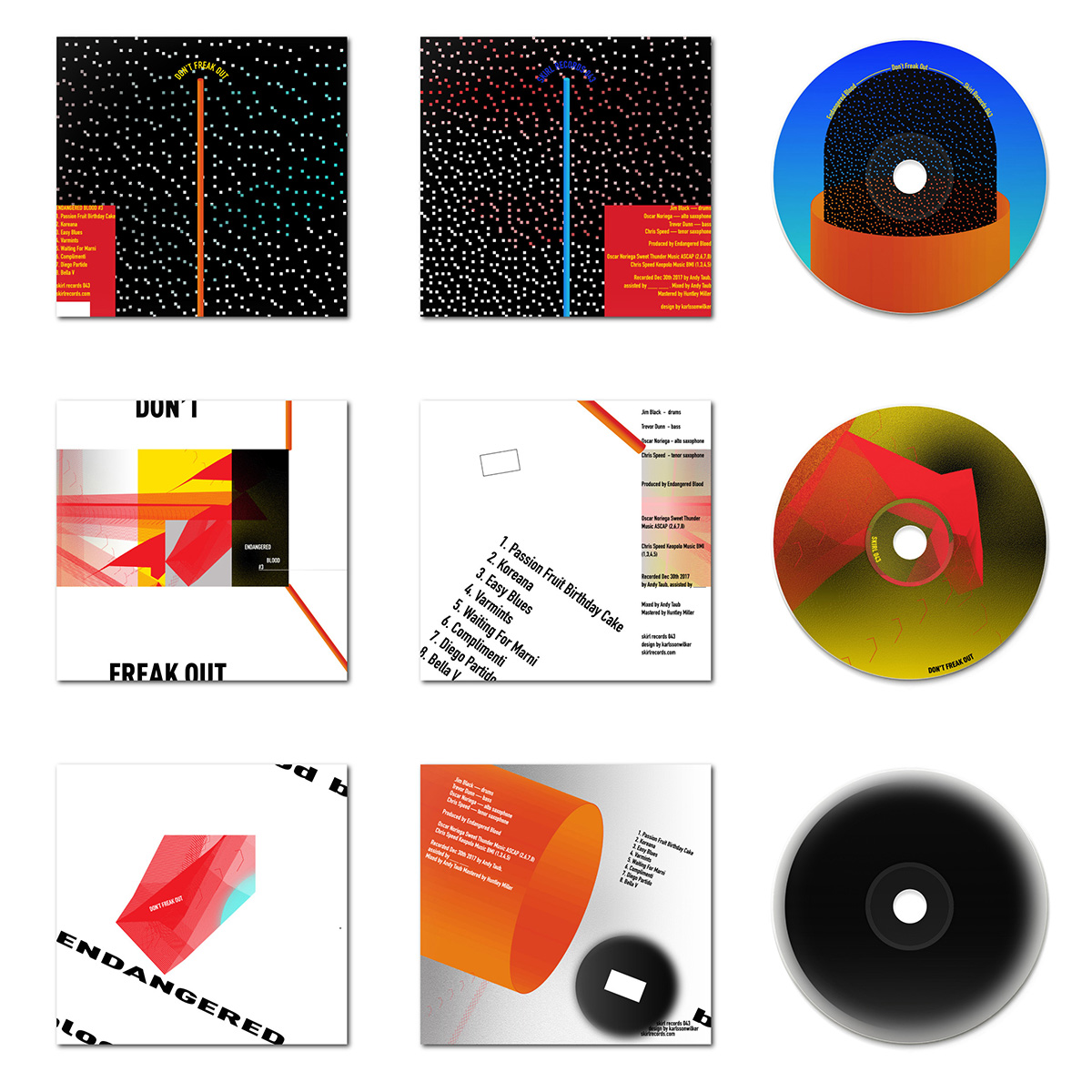 I learned a great lesson about structuring my design practice along the way, realizing that experimental projects provide designers new techniques to apply with greater control later on.